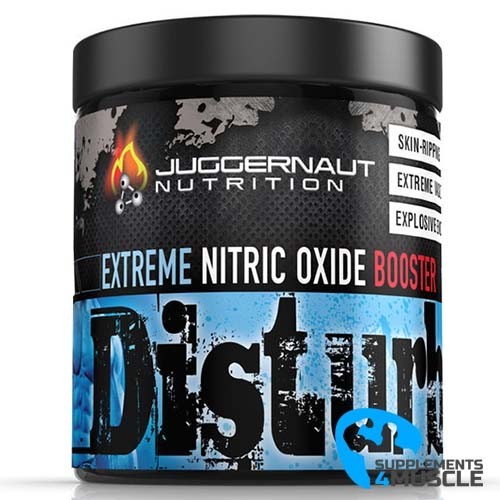 Juggernaut Nutrition Disturb has been developed for many reasons. Anyone looking to increase the flow of blood to the muscles during physical activity, without unnecessary stimulation or the effect of stuttering. Disturb provides maximum vein extension that not only looks impressive but also transports more nutrients to the muscle for optimal growth! Everyone who tries Disturb once will not want other pompers!

Glycerol - glycerol is a naturally occurring compound in our body. Its main function is to regulate the level of fluids in tissues and blood. The benefits we derive from this phenomenon are: improved absorption of compounds taken together with Glycerol, faster delivery of nutrients to cells, more anabolic environment, more visible use (associated with the movement of water from space, between muscle cells, into the blood) and more noticeable " pump effect "during trainings.

Norvaline - L-Norwaline - increases the availability of arginine for endothelial NO synthase (eNOS). Thus, it promotes its conversion to citrulline and nitric oxide (NO). It affects: improvement of blood circulation in the blood system, inhibition of platelet aggregation, inhibition of leukocyte adhesion to the endothelium, oxygenation of cells and their detoxification.

Citrulline malate 2: 1 - Participates in the synthesis of nitric oxide (NO) and phosphocreatine and glucose glucose metabolism, thereby increasing the uptake of oxygen, glucose, amino acids and creatine and energy production through muscle cells. It reduces the concentration of lactic acid and ammonia in the muscles, allowing the body to recover energy faster by increasing the level of creatine phosphate and resynthesis ATP. Citrulline malate is a much more effective form than high doses of arginine, as it is its precursor. At the same dose as arginine is more effective in increasing its amount in the body than arginine alone.

Instructions: As a dietary supplement take 1 scoop a day. For best results take 20-30 min. before training with an 8oz glass of water. 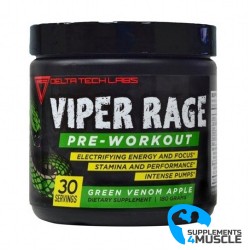