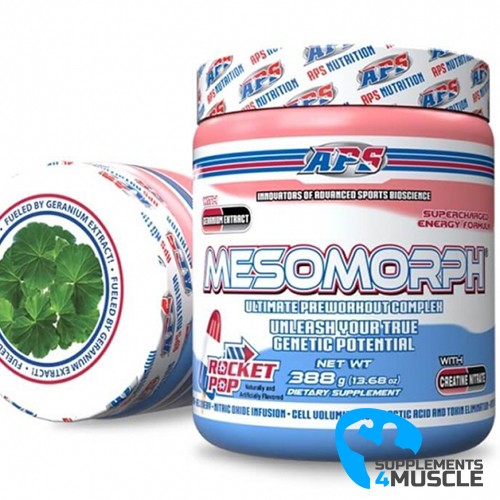 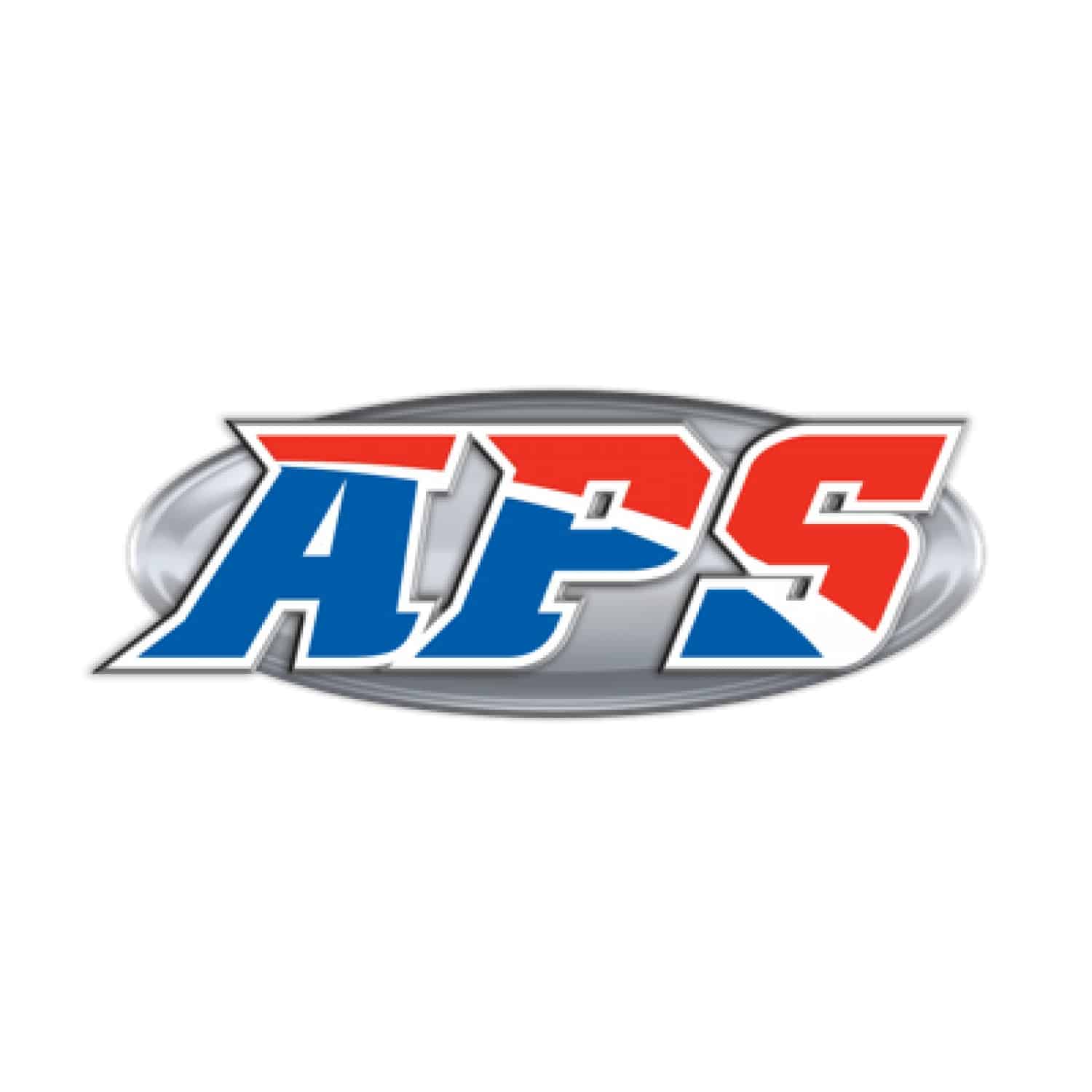 APS Mesomorph DMHA V4 388g is the most effective version of the legendary pre-workout that promotes strength and endurance. An extreme preparation for use before training, enriched with ingredients with a strong effect, provides exceptional training energy, preventing fatigue. DMAA and DMHA are the main stimulants of the new version. Geranium - a compound structurally similar to ephedrine affects the increased uptake of dopamine and norepinephrine. DMAA enhances intense energy, while ensuring focus and improving well-being.

Thanks to the strongest active ingredients and promoting high concentration, Mesomorph will make your workouts bring quick results in the form of an increase in muscle mass and strength. The preparation is intended for advanced users who tolerate strong stimulants well. Perfect for training, preparations for bodybuilding competitions, lifting weights, promoting the body's exercise capacity. Ingredients with a thermogenic effect promote fat loss without affecting muscle loss.

Mesomorph is a powerful pre-training booster which includes:

2-Aminoisoheptane HCL - a strong stimulant with an effect similar to DMAA. It affects the central nervous system by increasing the level of dopamine and norepinephrine. Intensive workouts combined with the use of DMHA give phenomenal results in the form of suppressing appetite, reducing body fat, increasing memory and creativity, and reducing anxiety by preventing fatigue. The preparation is an interesting alternative for people who are delighted with the effects of DMAA, but show poor tolerance to this stimulant. The chemical structure of DMHA and DMAA is very similar, therefore their action is similar.

Geranium Extract - a very strong stimulant. It stimulates the process of reducing body fat, as well as helps to increase the intensity of training. It works great both as a stimulant and as a fat burner, especially in combination with caffeine and other substances stimulating the nervous system and intensifying the phenomenon of thermogenesis. This powerful active ingredient is effective in providing strong stimulation. It indirectly stimulates the increase of adrenaline in the body and directly activates adrenergic receptors. Provides a strong increase in energy, arousal and concentration. When combined with caffeine, its effectiveness increases. After penetrating the nervous system, Geranium stimulates the release of dopamine, thanks to which it ensures focus and a good mood, which is key during training.

Theobromine - theobromine is a compound known from the popular yerba mate, showing a diuretic effect, which helps in getting rid of excess water from the body, masking the effects of reducing body fat.

Quebracho Blanco Extract - Aspidosperma quebracho-blanco extract, otherwise Quebracho blanco, white quebracho, or simply Quebracho, a plant known in Poland as: Aspidosperma white or white quebracho; a tree belonging to the Apocynaceae family, native to South America. Due to the high content of alkaloids, especially yohimbine, it is considered an aphrodisiac. It induces many properties by blocking the activity of α2-adrenergic receptors. By increasing the amount of epinephrine, norepinephrine and dopamine, it enhances the activity of the nervous system. By increasing the level of adrenaline and reducing the degradation of cyclic AMP (cAMP), it enhances the lipolysis process, promoting the loss of unnecessary adipose tissue. By promoting the synthesis of nitric oxide, while reducing the concentration of norepinephrine in the corpus cavernosum, it improves erection. In addition, due to the high content of antioxidants, it reduces excessive oxidation processes and inflammation. It helps to maintain a good condition of the respiratory system.

Beta Alanine - a non-protein amino acid formed in the liver in the process of uracil degradation. Necessary in the synthesis of pantothenic acid, anserine and carnosine. The improvement of sports results is seen primarily in the action of carnosine (β-alanyl-L-histidine), the production of which is limited by the availability of beta-alanine, and the synthesis of which is enhanced by the administration of the above-mentioned beta-amino acid from the outside. Carnosine, by accelerating the removal of hydrogen ions from the body, reduces the acidity of the body. In addition, through its antioxidant effect, it reduces lipid peroxidation, the negative effects of excessive amounts of singlet oxygen, superoxide and transition metals, thus protecting the body's structures against degradation and supporting the proper occurrence of biochemical changes in it.

L-Citruline DL Malate - participates in the synthesis of nitric oxide (NO) and phosphocreatine as well as the oxygen metabolism of glucose, thereby increasing the uptake of oxygen, glucose, amino acids and creatine and energy production by muscle cells. It reduces the concentration of lactic acid and ammonia in the muscles, allowing the body to recover energy faster by increasing the level of creatine phosphate and re-synthesizing ATP. Citrulline malate is a much more effective form than high doses of arginine, as it is its precursor. At the same dose as arginine, it is more effective in increasing its amount in the body than arginine alone.

Arginine Alpha Ketoglutarate - is involved in the formation of nitric oxide and thus has the ability to expand blood vessels, allowing better blood supply to muscles and soft tissues. It indirectly participates in the synthesis of cGMP, which, along with ATP, is involved in the process of muscle contraction and has an anabolic effect. It affects the secretion of growth hormone, supports the liver regeneration process, is an important precursor for creatine. Unfortunately, the traditional form of Arginine breaks down very easily in the stomach and thus a small amount of it reaches its destination.

Di Creatine Malate - dual-molecule creatine malate is the newest and strongest form of creatine malate on the market. It is characterized by greater digestibility and bioavailability, thanks to which less creatine is converted into inactive creatinine. Creatine malate, after being transformed into phosphocreatine in the body, takes an active part in the production of a high-energy compound, which is adenosine triphosphate (ATP). ATP, in turn, is an instant source of energy in short-term efforts lasting up to a few seconds. Supplementing the diet with creatine is aimed at increasing the body's energy reserves by increasing the amount of phosphocreatine in the muscle cell. Increasing the body's energy reserves may contribute to increasing the intensity of training, and thus to increasing its effectiveness in building muscle mass or strength.

L-Taurine - this amino acid increases the endurance of the body and counteracts the symptoms of fatigue, and also improves our concentration. Taurine enables faster and more effective post-workout regeneration. Another important feature of this amino acid is that it reduces the negative effects of stress while we are on reduction and following a low-carbohydrate diet. Taurine is also anti-catabolic and supports the transport of creatine.

Creatine Nitrate - is a combination of monohydrate and nitrate molecules that cause the expansion of blood vessels and better transport of nutrients, as well as greater oxygen flow. The addition of creatine nitrate to the pre-workout results in an increase in lean muscle mass. Creatine nitrate has a strong anabolic effect, causing rapid muscle growth. In addition, it has a positive effect on the regeneration of the body and improves sports performance and increases endurance during training.

Ascorbic Acid - rinses lactic acid from the muscles after hard training, which inhibits the formation of so-called 'soreness'. Thanks to this, it accelerates the regeneration of the body after physical exertion.

Creatinol O Phosphate - a well-absorbed form of creatine. Studies show that 60% of it is absorbed from the gut, which is a high rate of absorption. It is fat-soluble, which explains its excellent absorption into the intestinal monohydrate and allows diffusion through lipid membranes into cells rather than via the creatine transporter, which becomes saturated and turns off, preventing more creatine from the blood into the cell.

Agmatine Sulfate - intensifies the secretion of nitric oxide in the human body, which translates into a strong muscle pump feeling during training. It expands blood vessels, supporting the supply of blood and nutrients to working muscles, which significantly accelerates the regeneration process and building new muscle fibers. In studies with the use of agmatine, it has been shown that its action can promote protein synthesis even twice, which, in addition to the action of agmatine itself, is also associated with the effect of increasing the supply of nutrients to muscle tissues.

Glucoronolactone - a glucose metabolite that is formed in the liver. It can be converted to xylitol, glucaric acid and L-xylolase. As a derivative of glucuronic acid, its detoxifying effect is postulated - by binding to toxins, increasing their solubility in water and enabling excretion through the kidneys.

Assess tolerance: MESOMORPH® is a HIGH POTENCY formula that may require a gradual dose increase for some individuals. If you are experienced with beta alanine go right to 1 full scoop (MESOMORPH® contains 4000mg per serving). If you are not experienced with beta alanine start with 1/2 scoop MESOMORPH®. If no tingling or discomfort occurs take 1 full scoop on next dose and thereafter. If tingling does occur continue 1/2 scoop for 7-10 days then increase to 1 scoop (or as soon as possible). That warm tingle sensation is just MESOMORPH® at work. Although it can be strong in some, it is not harmful in any way and will subside once your body adjusts. 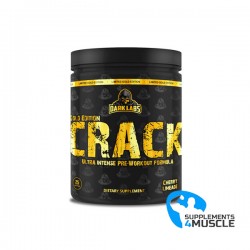 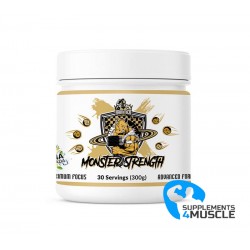 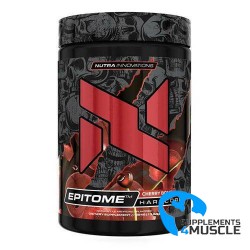 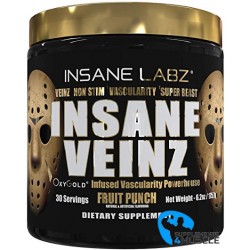 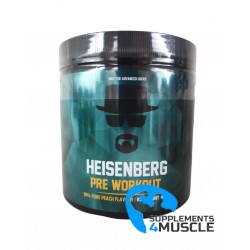 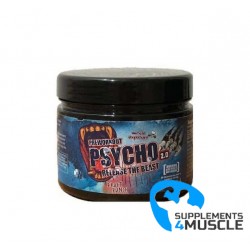 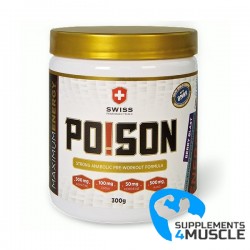 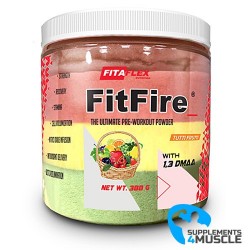