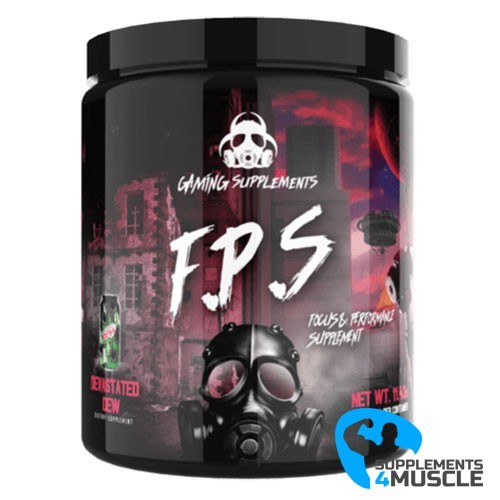 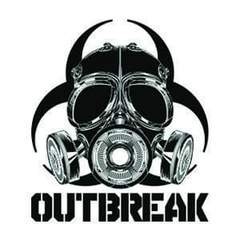 Outbreak F.P.S is a supplement promoting endurance, increasing energy, improving mood and ensuring better concentration. The product contains 11 effective active ingredients that work synergistically. It is ideal for people who are already bored with sweet energy drinks, and need a large dose of energy to operate and need a strong kick. Pleasant sparkling drink is free of harmful sweeteners, and for its sweet taste corresponds to sucralose and acesulfame K.

L-Citrulline Malate- is a combination of an amino acid - citrulline with malic acid. Citrulina, although it does not build muscle, plays an important biological role by participating in the urea cycle. During metabolism, citrulline neutralizes toxic ammonia. Citruline apple is a compound that increases the production of nitric oxide and thus increases the blood flow to the muscles during training, causing the muscle pump. Research shows that citrulline malate, pre-workout, improves the body's ability to exercise and reduces fatigue. Another advantage of the preparation is its ability to reabsorb bicarbonate through the kidneys, which has a beneficial effect on the equilibrium-alkaline balance. In addition, the use of the supplement effectively reduces the acidification of muscles after a hard workout.

Acetyl-L-Carnitine HCL- is an acetylated and metabolically active form of the amino acid L-carnitine - a vitamin-like substance. Its main properties include nootropic, neuroprotective, antioxidant and promoting fat metabolism in the mitochondria. In addition, Acetylcarnitine positively affects the condition of the circulatory system and sensitivity of tissues to insulin; it also reduces the feeling of tiredness. The substance also takes part in the regulation of hormone management - it mainly affects the levels of testosterone and cortisol. It is recommended primarily for people who are physically active, working mentally and exposed to the intensive use of the nervous system combined with stress. Acetylcarnitine also works great as prophylaxis and support for infertility treatment in men and as an element of therapy in the case of depression. It also provides excellent support for the reduction of body fat.

L-arginine - the most well-known property of arginine is the synthesis of nitric oxide - a substance that dilates blood vessels. Thus, arginine contributes to a more efficient and faster transport of nutrients and oxygen to working cells, as well as the discharge of toxic metabolic compounds, inhibiting metabolic processes.

Taurine - this amino acid increases endurance of the body and prevents symptoms of fatigue, and also improves our concentration. Taurine enables faster and more effective regeneration after training. Another important feature of this amino acid is that it reduces the negative effects of stress while we are on reduction and we are using a low carbohydrate diet. Taurine also works anti-catabolic and supports the transport of creatine.

Glucuronolactone- organic chemical compound, participates in the removal of toxins from the body, supports metabolism.

DMAE- an intermediate product in endogenous choline synthesis structurally similar to it. It is present in the brain in small amounts. It is a more effective precursor to acetylcholine than choline alone, because it externally more efficiently crosses the blood-brain barrier. It is classified as a nootropic substance and drugs stimulating the central nervous system (CNS), but its stimulating properties are quite mild. Increases acetylcholine synthesis, improving neuronal transmission in the cholinergic system.

Dynamine - its molecular structure is similar to axson (also known as TeaCrine®) and is believed to behave in a similar but more intense way in the body. Like acrylic, methylliberine clearly increases energy, mood and concentration by activating dopamine receptors and other key neurotransmitters, inhibiting adenosine receptors, all without increasing the pressure.

L-Theanine - is a non-protein amino acid found naturally in the leaves of green tea - camellia. It has psychoactive properties because it easily overcomes the blood-brain barrier. It stabilizes the mood, calms, relieves symptoms of stress and anxiety. Also used as a nootropic agent - improving cognitive functions, work efficiency and learning effectiveness. Researchers demonstrated the efficacy of Teanina in increasing attention, vigilance and productivity, and the effects are already visible within the first hour after administration. Researchers are of the opinion that the relaxing effect of green tea is responsible for the theeanine, which affects the intensity of alpha brain waves probably by affecting the activity of some neurotransmitters, including dopamine and serotonin. It is extraordinary that this amino acid can increase vigilance and clarity of mind, while introducing a state of relaxation and deep relaxation so strongly that it eliminates the stimulating influence of caffeine. Thanks to this, it is applicable to people who react badly to stimulants or who suffer from neurotic-anxiety disorders, and at the same time need to maintain high productivity and alertness of mind.

Huperzine A- which is one of the most amazing alkaloid used to increase the ability to remember. Hupercine A is one of the most desirable substances in the group of agents that provide so-called brain doping. It allows you to achieve maximum concentration, focus and isolation of our attention in almost every situation. It is perfect for people with very demanding mental work as well as students or high school graduates. Unlike many other stimulants acting on our mind, its action does not diminish with time and we can benefit from the use of hupercin for a very long time.

Mix 1 rounded scoop of F.P.S™ with 8-12oz of cold water depending on preferred taste. 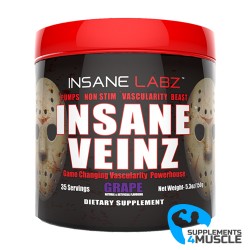